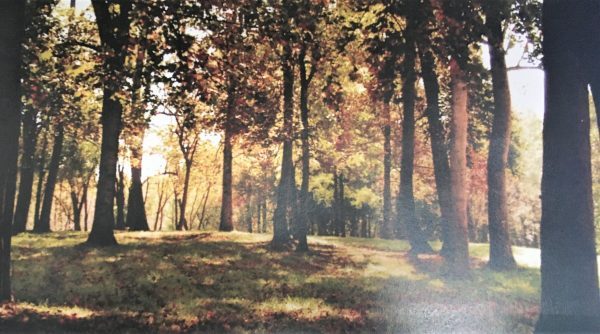 In 1912 the French Southern Aluminium Co  hired the Hardaway Construction Co to build the dam at the Narrows gorge.  When the French left in 1914, a few of Hardaway’s employees stayed on to offer security for the unfinished  project.  When Alcoa purchased the project  in 1915, they kept the construction company on as contractors.  The Hardaway Co  saw the project through to the end in 1917.  They would become the final occupation and namesake for North Carolina’s  oldest archeological project; named a  Historic National  Landmark in 1990.

The Hardaway site overlooks the Yadkin River just outside of Badin. From atop a flat ridge on the west side of “the Narrows” gorge, tucked in the Uwharrie forest, it remained accessible yet well protected for centuries.  When construction began on the dam the well protected grounds were greatly disturbed and a new story revealed itself. The cultural deposits found there, often 4 ft deep, would reveal an untold story of occupation.  Findings here would become important parts to the puzzle about activity  all along the Yadkin Pee Dee River Basin.

The study was led by archeologist Joffre Coe of UNC-CH over a period of more than 30 years. His findings pushed back the assumed dates of occupation in the eastern US by thousands of years. In 1938 resident and Alcoa chemical engineer Herbert Doerschuk originally introduced the site to Coe. Doerschuk would often pick up artifacts at the construction site as he took walks in the woods. Being an amateur archeologist he understood the importance of the finds.

The first time all artifacts were removed and cataloged was in 1948.  In 1964 Coe published his dissertation on the site named The Formative Cultures of the Carolina Piedmont.   He focused on the groups responsible for and reliant on Hardaway Points, with three  distinct variations within that classification. Since most of the points were found in the area of Badin’s Narrows Dam it was presumed that the stone, rhyolite, was quarried at Morrow Mountain and brought to the Hardaway site where it was fashioned into points.

The Hardaway  findings document the record with previously unknown details regarding transition from  the Paleo Period to early Archaic Period.  Nomadic groups of hunters & gatherers trekked the ancient Uwharries to quarry a volcanic stone found primarily in an area now known as Morrow Mountain. Small bands would gather the stone then move out into base camps where they fashioned projectile points and other tools. They would move throughout the Uwharries as the seasons changed, probably in small family groups of around 25.  The location of the Hardaway site offered protection and abundant resources, especially the spawning shad at the Narrows.

In spite of looting by both professionals and locals, tons of fragments and chipping debris were uncovered and now are part of UNC-CH Ancient Carolinian Collection, thanks to ALCOA.   Rumor has it that the best collections are not in museums but are kept by longtime local residents.   Many locals  knew about the site long before the professionals.  The Hardaway is now under the protection of Morrow Mt State Park.

Hardaway Occupation– the site was intermittently occupied for long periods of time by the Hardaways(as now known). This group made and used Hardaway Blade, Side Notched and Hardaway Dalton points as well as scrapers to work wood and bone.

Palmer Occupation about 6000 BC camping continued at this site. Possibly by direct descendants of Hardaway. They made and used Palmer Corner Notched projectile points.

Kirk Occupation– larger population with intensive production of large quantities of chipped stone artifacts. There was no change in projectile point style at this time.

1914 the Hardaway Construction Company had their base camp on site while constructing the Narrows Dam. The site & earliest occupation were named after them. 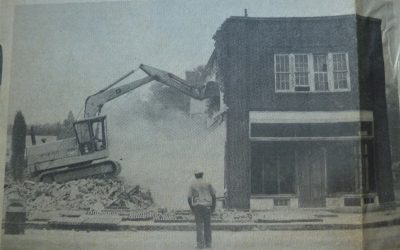 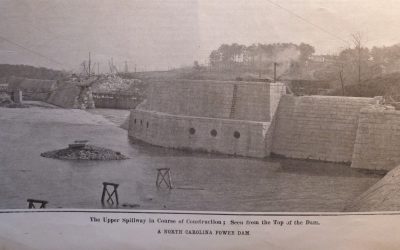 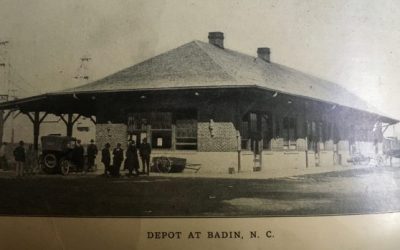